THE PURPOSE OF THE CLUB

Tolmin Angling Club (Ribiška družina Tolmin – RDT) is a society established with the purpose of conservation and breeding of indigenous and other fish, management of recreational fishing, as well as protection of waters and aquatic systems, which all constitute the human environment and are a part of sports and recreational activities. Our angling club is one of the biggest clubs in Slovenia with about 400 permanent members and 40 junior members.

Tolmin Angling Club operates in five sections – Bovec, Kobarid, Tolmin, Most na Soči and Grahovo. There are about 140 kilometres of fishing waters available to fishermen on nine rivers. The club manages a part of the Tolmin fishing district on the territory of municipalities Bovec, Kobarid and Tolmin, which includes the Soča and all its tributaries from the bridge at Čezsoča in the Bovec region to Podselo, the Nadiža on the territory of the Republic of Slovenia and its tributaries, as well as the Idrijca and its tributaries from Stopnik to the point where it flows into the Soča. The only kind of fishing allowed in fishing sections of RDT is flyfishing. 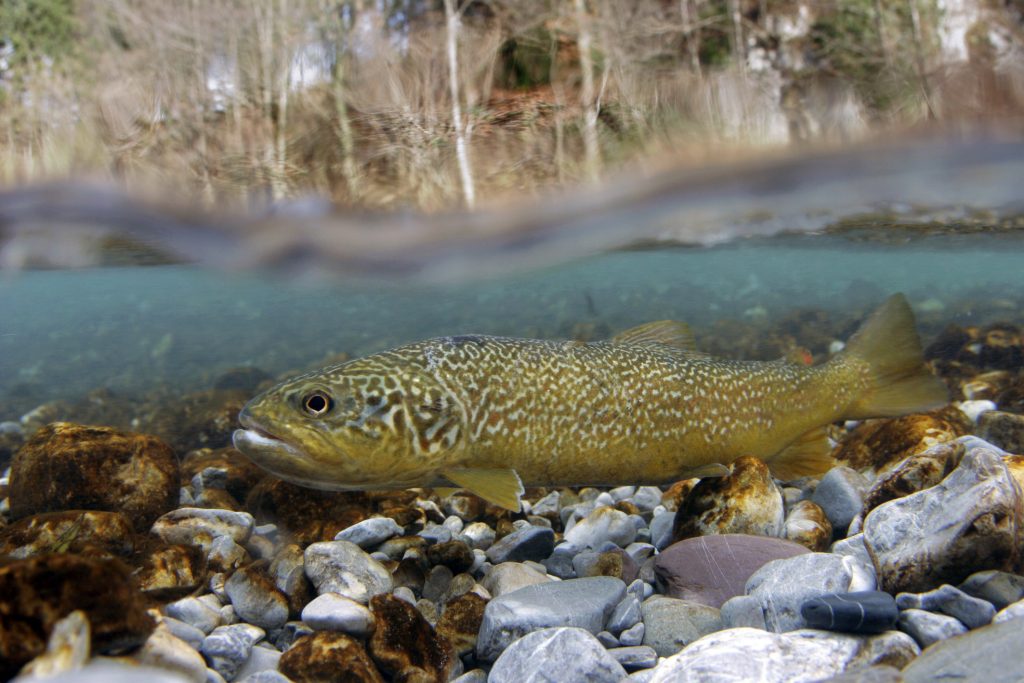 MARBLE TROUT AS THE PARTICULARITY OF THE FISHING DISTRICT

A special feature of our fishing district is the marble trout which is the largest trout species in Europe. Due to crossbreeding with non-indigenous brown trout, it has almost become extinct. RDT has played a vital role in its conservation. The largest marble trout ever caught measured 121 cm in length and weighed 25 kilos.

In order to enable sustainable management, Tolmin Angling Club owns three fish farming facilities where the marble trout is bred – a hatchery at Modrej (built in 1989) and two fish farms on the Tolminka at Tolmin (the first one was built in 1995, the second one in 2015).

The marble trout is an indigenous and most noble fish species in the Adriatic river system. At the beginning of the 20th century, brown trout began to be released into the Soča and the Adriatic river system. The marble and brown trout have a common ancestor – sea trout – and can crossbreed. Therefore, the marble trout began disappearing and was completely gone in the major river streams. Only its crossbreeds remained. In the 80s, the marble trout was thus placed on the Red list of endangered animal species.

In the 60s, and more actively in the 80s, a conservation plan to save the marble trout began to be implemented. The artificial breeding began. Fish were caught in their natural habitats and their eggs were artificially fertilized. Then, the fingerlings were bred in hatcheries and later released into rivers. In the 90s, the marble trout began to be separated from its crossbreeds by means of genetics. It was the genetic selection of trout that enabled RDT to obtain a broodstock of genetically pure marble trout. The proportion of genes of the pure marble trout has increased in the population of trout, and the species is no longer endangered.

Ten fishing guards control the activities on waters and waterside land, and make sure the fishing rules are followed. Sanctions are carried out by a disciplinary board.
The operation of the club is overseen by a 5-member supervisory board and, if applicable, the disciplinary board.

PDF CATALOGUE OF TOLMIN ANGLING CLUB IN ENGLISH AND GERMAN: 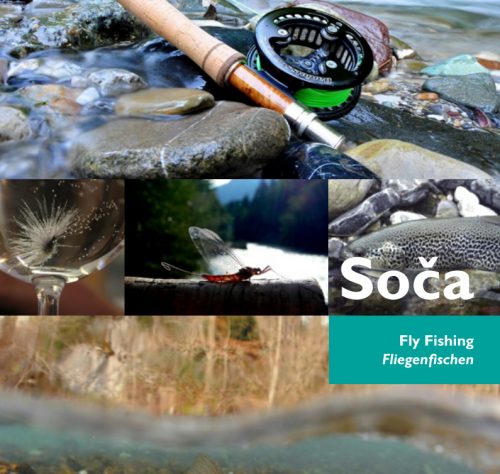