The number of junior members of Tolmin Angling Club in 2020 reached 40. In order for the club to survive, activities involving different generations, in particular the young, are necessary. When the club started working with the young in the 1990s, the main objective was to teach them how to catch and release fish. Flyfishing was taught only on land. The initiative to work with the young came from the one and only Dušan Peršič – Pele. Today, junior members are guided by Mr Simon Ivančič.

Young fishermen have so far attended various fishing camps, among which some have been organized by Tolmin Angling Club. In 2003, a national camp for young fishermen took place in Tolmin.

Our junior members take part in workshops on fly-tying patterns and flyfishing, and they participate in competitions in flyfishing and float fishing. However, what matters most are the relationships developed and time the young people spend together.

Casting is a little-known sport, but nevertheless very attractive. The head of the casting division of Tolmin Angling Club is Mr Tomo Sotenšek.

At the beginning of 1990s, Tolmin Angling Club got actively involved in competitive casting. We have been organizing regular competitions in casting on land for the Slovenian national championship. The club is also proud to have organized the European and World Junior Championship.

One of the annual activities organized by the club is also the clean-up operation. It is conducted in all the areas where RD Tolmin operates and which are managed by it. The meeting points are usually in Bovec, Kobarid, Tolmin, Most na Soči and Grahovo.

Thus, in 2019, waste was collected on the banks of the Soča, the Učja, the Nadiža, the Tolminka, the Idrijca, the Bača and the Trebuščica. Among the 226 participants, most of them were our club’s members joined by their friends and family members. At the end of the operation, all the participants can enjoy a warm meal, while our members are presented with fishing permits.

Pursuant to the authorization granted by the Slovenian Environment Agency of the Ministry of the Environment and Spatial Planning regarding the disturbance and taking of cormorants from the wild (No. 35601-74/2017-13), and under decision of the assembly of the RD Tolmin members, each member of the club shall be obliged to perform 5 hours of observation – scaring of cormorants during the winter season. The purpose of the activity is to protect the grayling waters and marble trout spawning grounds. It is with our common effort that we try to preserve as many fish as possible until the next fishing season. In addition to scaring cormorants, we also observe other water birds. The scaring of cormorants is conducted at specified times and locations, as well as in coordination with fishery keepers.

Members inform RD Tolmin of their activities and observations, while the club keeps a consolidated record thereof and submits a summary report to the Fishing Association of Slovenia (which in turn forwards the report to the competent ministries).

Every year, we organize a traditional get-together at the beginning of a new fishing season. Next to socializing, we also organize an evaluation of catches.

TRAINING FOR NEW MEMBERS AND TRAINEES

Tolmin Angling Club holds training courses for new members and trainees every year. The training is conducted in the form of lectures and various activities. The participants also visit our fish farming facilities. 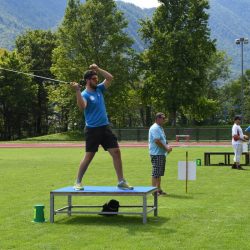 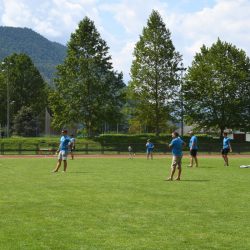 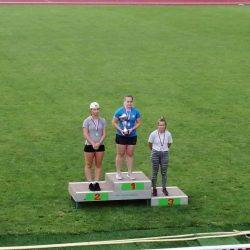 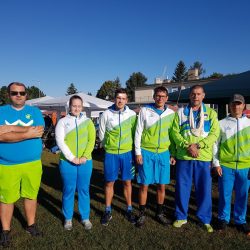