Beginnings in the 60s – From the early sixties on, fry from rivers in our sections have been used for artificial breeding, especially the fry of the marble trout. Breeding took place in Ilirska Bistrica, later in Solkan and partially in Kobarid.

1989 – In 1989, we started artificially breeding trout in our own hatchery in Modrej at the Vodivček stream.

The hatchery gets its water from spring Zapolje at Vodivček with a drinking-water quality and a stable temperature of 10 to 11°C. The hatchery uses up to 7 litres of water per second.

There are 64m2 of breeding surfaces in the hatchery for 6-month fingerlings, and 77m2 of surfaces for storing marble trout for breeding and raising one-year-old fingerlings.

Approximately half of the trout fingerlings are introduced into breeding streams, while the other half is kept for one-year breeding on the Tolminka and partially at the hatchery.

It is located by the Tolminka on the outskirts of Tolmin. Together with the construction of the fish farm, the small hydroelectric plant of SENG Nova Gorica was also renovated.  Both facilities function together; the water from the Tolminka is used first for fish farming and then to produce electricity.

The Tolminka is a torrential river, which is why we have built a number of water purification stations to clear leaves and other debris from the water to be able to use it in the fish farm.

The temperature of the Tolminka varies between 5 and 13°C. At normal operational capacity, 150 litres of water per second run through the fish farm. The water is cleaned in our own treatment plant.

The fish farm has a total of 19 pools (230m2) for raising all generations of marble trout and grayling. There are also two canals, measuring 80 m in length and 3.5 to 4 m in width, for raising marble trout for breeding. Three pools are designated for raising of 2- and 3-year-old grayling.

Due to marble trout’s special requirements, the technology needed to breed it is different from that used to breed other species of trout. This is also the reason for the unusual appearance of the fish farm, as the pools and canals are covered. 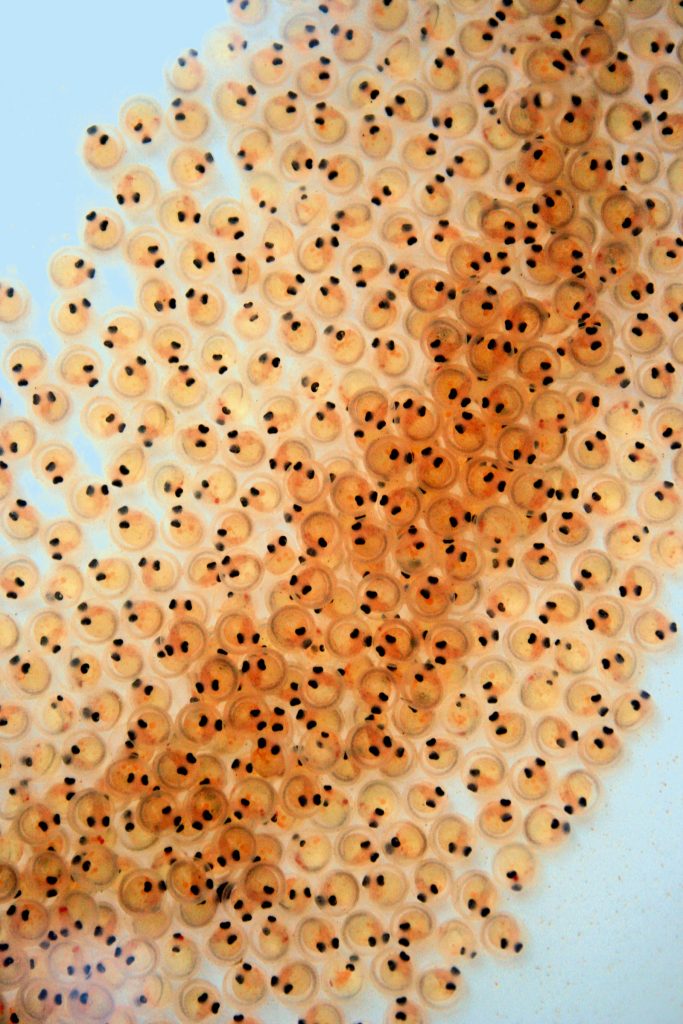 The new fish farm is located by the Tolminka in the immediate vicinity of the confluence of the Soča and Tolminka, but 1.1 km down from the smaller Tolminka 1 fish farm. The pipeline carries the water from the fish farm above to the one below with a permitted capacity of 400 l/s.

In order to be able to obtain funds from the European Fisheries Fund, Tolmin Angling Club established company Faronika d.o.o. The company invested in the new fish farm and the hatchery at Modrej, while it leased the fish farm at Zalog from RD Tolmin. Thus, the entire cycle of breeding marble trout and grayling was completed.

There are 10 smaller and 4 larger pools at the newest fish farm Faronika, as well as a separate two-storey facility with fish farming service areas and fish processing premises.

Moreover, rainbow trout is bred for release at the Faronika fish farm, while the brook trout is raised for consumer use. Thus, RD Tolmin can obtain all fish to be released into rivers and streams from its own company. 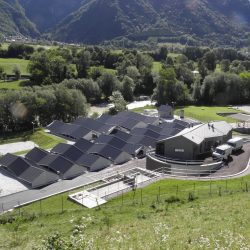 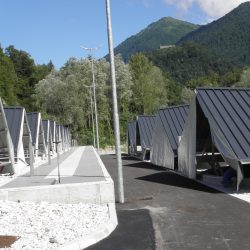 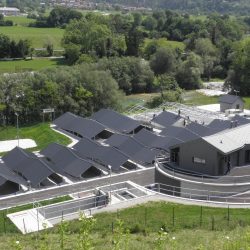 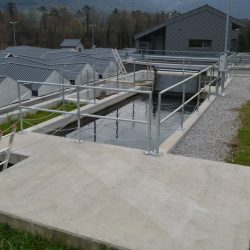 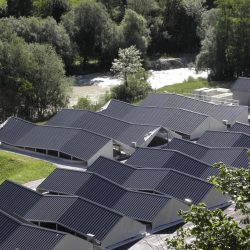 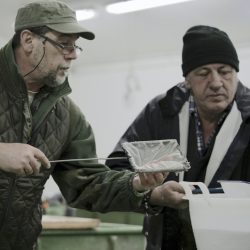 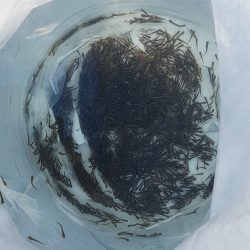 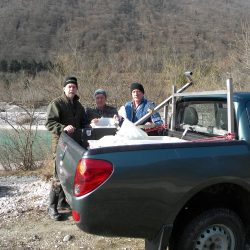