Besides the marble trout the grayling is the only autochthonous salmonid species of fish in our waters. A Soča grayling is said to exist, which varies from the grayling in the Sava in that it has a grayer body color and no black dots in the front.

It inhabits the Soča from the Soča gorges down river, the Koritnica from Kluze onwards, the lower reaches of Učja, Bela and Nadiža, the Tolminka from the dam in Tolmin, the Idrijca, Trebuščica from the Jelenk down and Bača from Koritnica onwards. Individual grayling can also be found in the Kneža. It is rarely found in river feeding streams.

It feeds on bottom-dwelling organisms and aquatic insects, as well as occasionally with the young of other fish.

It spawns from mid-March to the beginning of May.

In our waters it reaches sizes of up to 60cm and weights of up to 2kg. 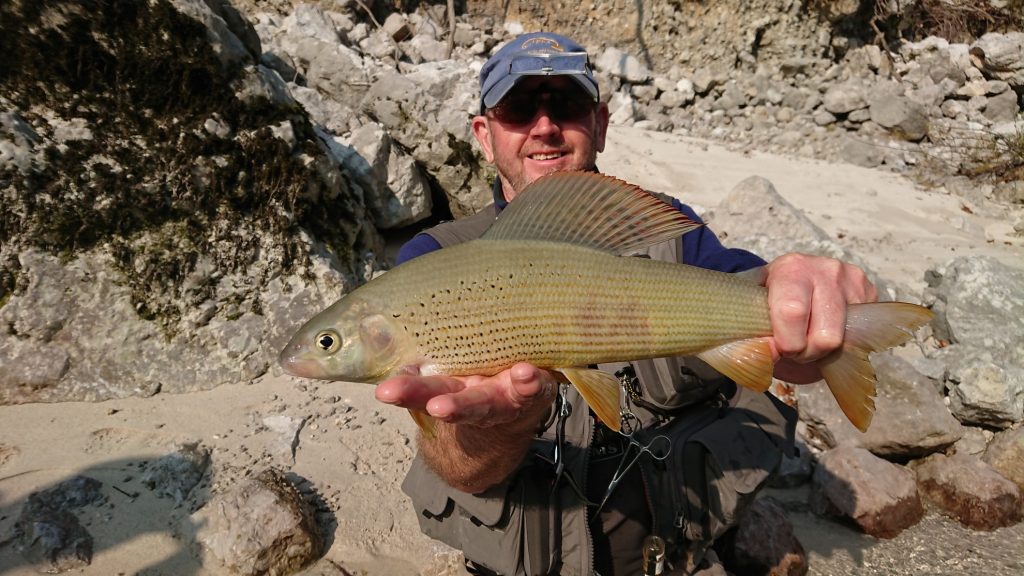 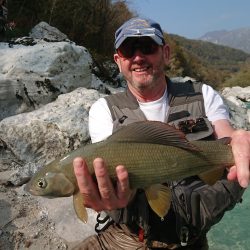 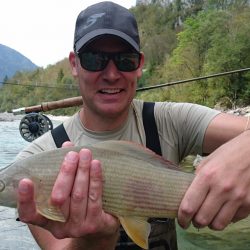 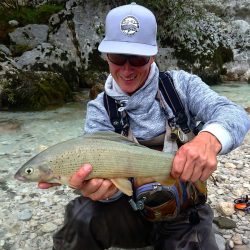 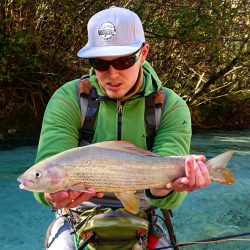 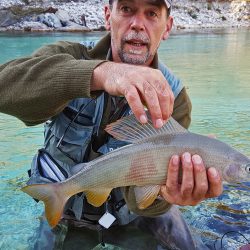