This is not an autochthonous trout of our waters. It was first brought here at the beginning of the 20th century. It successfully crossbreeds with the marble trout and their offspring are fertile. This is the reason why the brown trout is such a threat to the marble trout and why it has become illegal to introduce it into waters of the Adriatic river system in Slovenia.

Except for five locations with pure marble trout, the brown trout is found in all waters of the sector.

In our waters it reaches up to 70cm and 6kg. 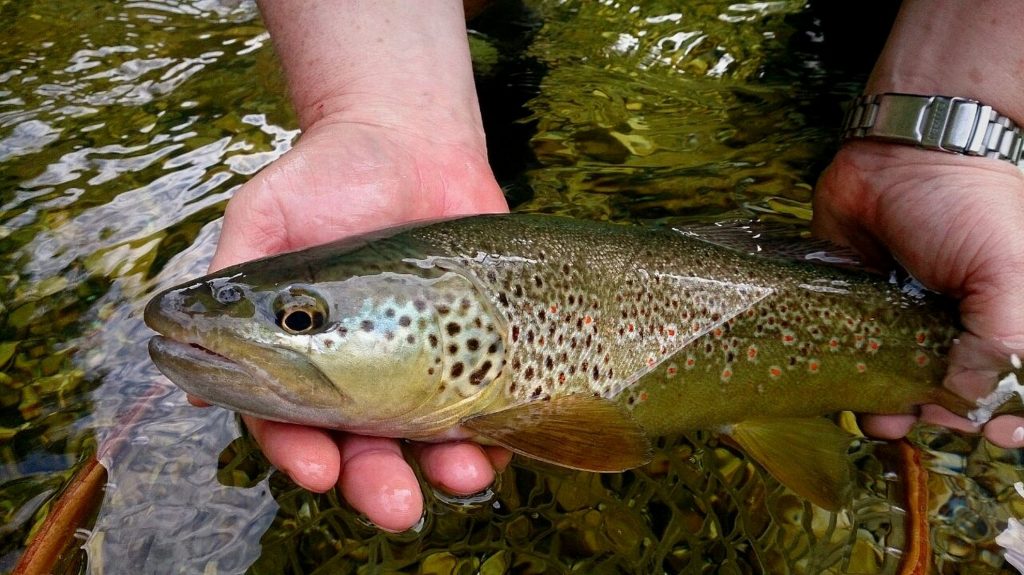 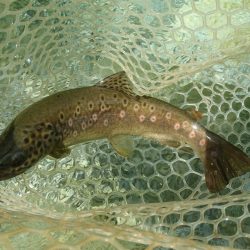 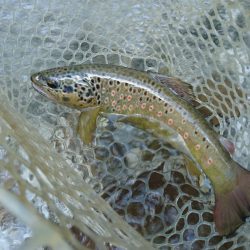 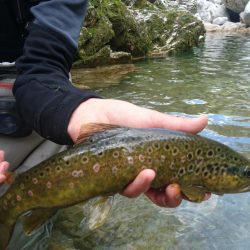 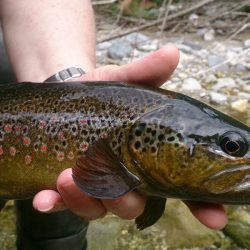 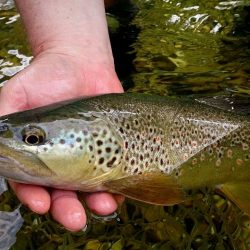