The rainbow trout entered our rivers from fish farms, especially to make fishing more interesting. When it was first introduced into the rivers it didn’t breed, but it quickly adapted to local conditions and began to breed and has thus come to inhabit waters where it wasn’t originally introduced. It doesn not crossbreed with the marble trout, however it is an aggressive competitor for food and space and a very dangerous competitor in the spawning grounds, where it appears after the marble trout.

It is not selective as far as feeding is concerned and eats any available food.

In our waters it spawns from December to the end of March, sometimes even in April.

It grows to 80cm in length and up to 8kg in weight. 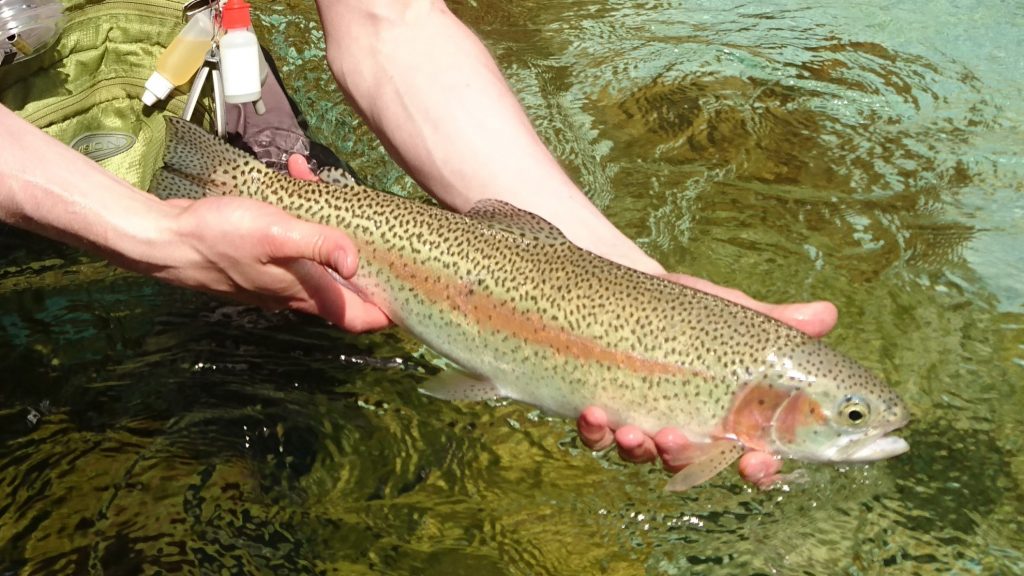 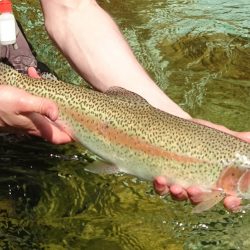 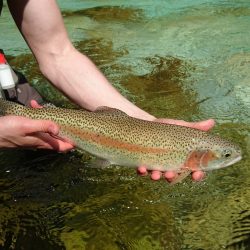 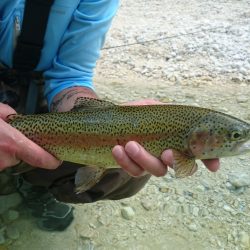 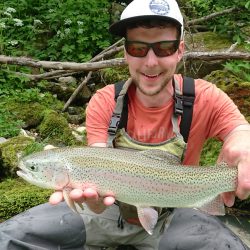